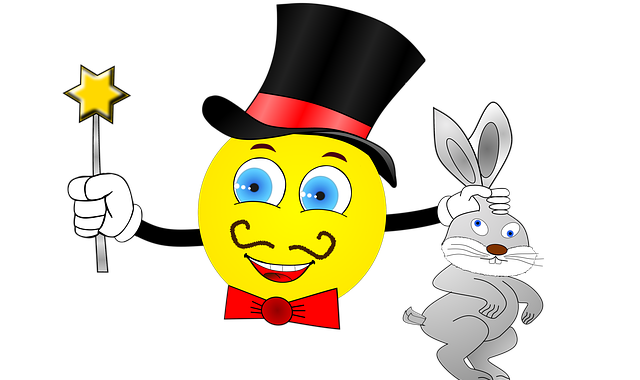 Believe me, you are not alone!  Even people who appear to be cool, confident, and skilful, might actually be feeling wobbly, anxious and unsure of themselves.  Everyone is sometimes confident and sometimes not.  Even people who might appear confident (such as Venus Williams) confess that, underneath their seemingly cool exterior, they are not always confident.

We are all confident with some aspects of our life, and yet not so confident with other things.  This poses important questions about why this is so, and what we can do about it?

A year ago, I wrote two blogs about confidence.  The first blog explained why confidence is important and how to begin to tackle self-doubt.  It focused on the most important factor affecting self-confidence (you can read it here)

The second article aimed to boost your skills and described 7 influential ways to increase your confidence.  If you missed this one you can read it here.

Of all the articles I have written, these two were by far the most popular.  This has encouraged me to write more on this topic.  So, this third article focuses on a different aspect of confidence which is often underestimated – our body language.

Let’s begin with what does having confidence look like and does ‘faking it until you make it’ actually work to increase your confidence?

Anthropologists have studied primates over many years to gain important insights into human behaviour.  As humanity`s closest living relatives, interesting similarities are noted between primates and humans.  A study last year found that chimps and human toddlers use similar stamping, pointing and clapping tactics to get attention.  Where confidence is concerned, if you watch a chimp who is feeling afraid or weak in the presence of a more dominant chimp, they will make themselves appear small, insignificant, and non-threatening in order to stay safe and pose no challenge to the dominant animal.  Their body language will be closed and small just as it is for us humans when we feel anxious, weak or lacking in confidence.

I am a big fan of Amy Cuddy who is a social psychologist.  Her inspirational TED talk has been viewed by millions of people and explains how our body language shapes who we are.  She argues that “power posing” – standing in a posture of confidence, even when you don’t feel confident – can boost feelings of confidence and might even increase your chance of success.  If you have not seen it, or if you need a refresh (I view it regularly and send it to my clients who need a boost), you are in for a treat!  Tune in here for a 20-minute feel-good watch.  https://www.youtube.com/watch?v=Ks-_Mh1QhMc

The important part about what Amy says is that our own body language does not just influence how other people regard us, but also how we regard ourselves.  If we go into any situation with closed body language, trying to make ourselves small, it is not just those that see us who will think we are nervous or unimportant, it is also ourselves.

When we use confident body language, we tell ourselves that we are confident.  The research that Amy Cuddy cites eloquently demonstrates this.

By using confident body language (Amy’s “power poses”) before a big meeting, presentation or interview (or whatever your scary situation is), you can change your mind about how you are feeling.  Your body language can fool your brain and you into believing you are confident.  This in turn affects how you behave.  When you do this, you get better outcomes.  For example, you are more likely to give a confident presentation or give a positive account of yourself in an interview.  By enabling your own positive body language, you are unknowingly telling yourself that you are confident and you will behave more confidently.

There is something crazy-sounding about going into your office or even the bathroom and spending two minutes in ultra-confident poses before a stressful event.  But really, what have you got to lose?  The science shows it works.  The voice telling you it won’t work is part of the negative self-talk we discussed in my first article on confidence last year!

The first time I tried this for myself I was applying for my first senior manager role at a hospital.  Until then my career had been as a clinician, and now I was trying to make the move into management.  As part of the recruitment process, I had to meet the Chief Executive (CEO) of the hospital before the interviews.  He was a physically big man, with a powerful persona and a big reputation.  His view on the final panel interview would be persuasive and it is fair to say I was terrified at the thought of meeting him one on one!

This was years before Amy Cuddy and the publication of her research.  However, at the time I was lucky to have a coach who had told me that I had to “be big” when I met him.  What she meant was – behave as though I was not afraid.  I was shown into his huge intimidating office, which had a grand mahogany desk, two leather chesterfield sofas with a highly polished coffee table separating them.  There was also a small kitchen-style chair.  The secretary showed me into the room and indicated that I should sit in the small chair then left to make some coffee.

My coach’s words were ringing in my ears, so I chose to sit in one of the chesterfields and made an effort to make myself ‘big’ and take up space.  Essentially, this meant not hunching or crossing arms and legs and making myself appear small.  So, I put my papers on the sofa by my side and feigned a relaxed open posture.  At first it felt uncomfortable, but I made myself do it.  I was, in effect, trying the old ‘fake it until you make it’ adage.

When the CEO entered the room a few minutes later he sat opposite me on the other sofa and, as we sipped our respective coffees, we had an encouraging conversation.  The net result was it worked – he seemed interested in what I had to say and, eventually, I got the job.

Even though my decision to sit on the big sofa was a difficult one, once I had done it and made myself take up space and be ‘big’, I felt more confident.  My body posture had influenced my mind, which changed my behaviour and resulted in a positive outcome.

Try it for yourself.  It is easy to rubbish the notion of “power poses” and acting ‘big’, but it does work!  It helps us to present our best selves and give a better account of ourselves in tough or stressful situations.

You might not always get the job, or whatever outcome you seek, but at least you give yourself the best chance of making it happen.  In doing so, you prevent fear of the situation controlling you, and instead take back control for yourself.

How are you? – 5 ideas to help you cope at home

I can’t promise you loo rolls or certainty.  Instead, I'm offering practical tips to help you navigate and thrive in these difficult times.

How to make your New Year goal stick.

Giving up on your goal or resolution is not about laziness or lack of self-control. Here are 12 evidence-based ways to increase your chances of achieving that elusive thing you’ve wanted for so long.

Hoping that things will return to how they were, is not an option.  What does this mean for your future hopes and dreams? Here's how to future proof your plans...