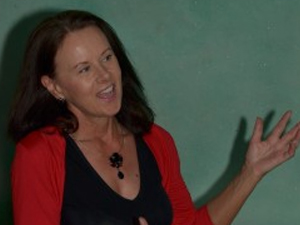 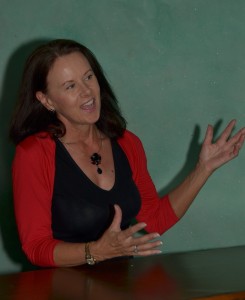 Babycham, Yorkie, humus?  Unconscious bias takes many forms and conjures an array of images in our minds.  But how does gender bias affect us and what should we do about it?

On my recent holiday I sat down one evening to a sumptuous meal with a group of men and women friends.  I had been lamenting about how small the food portions were that were offered to women, compared to the huge meals served to the men.  The waitress arrived with my delicious pan-fried red snapper and presented me with a 5 cm squared piece of fish.  The table erupted with laughter as I rested my case!  The waitress politely enquired what we were all laughing at and so I asked her why my piece of fish was so small.  She replied without a second thought that it was because I was a woman and women need less!

Unconscious gender bias (as well as other bias) is endemic within us all.  Usually we don’t intend to cause offense, be hurtful or discriminatory, but gender bias is holding women back in society throughout the world.  It is stifling their ambition, opportunity and confidence.  Women in business, sport, acting, and countless other professions still do not have equal pay for doing the same job as a man.  The New York Times recently reported that even nursing, a female dominated profession, does not escape the gender pay gap.

Despite some improvements over the years, we still stereotype women and men in to roles and professions due to our unconscious biases.  This was recently exemplified by a letter on twitter about a female paediatrician who was locked out of a women’s changing room at a gym because everyone with the title of Dr was automatically registered as male.  On a similar note, whilst working in A&E where we all wore ‘scrubs’ I regularly heard patients ask female doctors “when will the doctor be coming to see me”?  Yet even back in 2009  we knew that the increasing percentage of women doctors meant that it would not be long before most doctors were women.
I must admit that it’s not easy to openly discuss and debate gender and unconscious bias.  I run workshops (for men and women) where we do just that.  We usually begin with a light-hearted conversation about unconscious gender bias relating to the food that men and women are purported to like.  People frequently cite beer, steaks and hot curry for men and humus, yoghurt, chocolate and salad for women!  This can be both fun and informative.  In one such workshop, a rather large northern English man proclaimed (from my description, you can guess that my own unconscious bias is already playing out and yielding some of my presumptions about him) that he quite liked “Babycham” but he was too embarrassed to ask for it!  The room erupted in laughter which sometimes helps cut through difficult conversations.

The best way to deal with unconscious bias is to acknowledge it, talk about it, debate it and make it known.  My personal aim is to raise it to the conscious mind and create the possibility of stimulating further conversations in people’s homes, social gatherings and workplace coffee rooms.  If this happens then my job is done.

We all get it wrong from time to time and so we need to make it more conscious and more comfortable to talk about our hidden biases.  Until then, I and countless other women will have to put up with lentil korma, white wine, humus and tiny slithers of pan-fried red snapper!