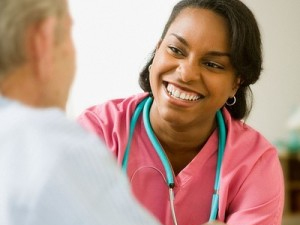 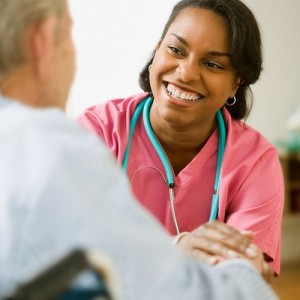 Have you ever felt like the odd one out? I have. I was meeting some of the most powerful leaders in the NHS, and as soon as I walked in I felt different. I was noticeably shorter and slimmer, and I wasn’t wearing a dark suit. I was the only woman in the room. As I sat down the tea trolley was wheeled in and the chairman asked if I would like to pour the coffee for everyone.

The NHS has not yet taken the idea of achieving gender balance on boards seriously. But the business world, in contrast, has decided that it does matter. They believe there are tangible benefits to achieving better balance at the top. Accordingly they are slowly, but successfully, addressing it. Women now account for 20.7% of board positions in FTSE 100 companies, up from 12.5% in 2011. In March this year, Cranfield University and Lord Davies of Abersoch both published details of the progress made by FTSE companies.

In contrast the NHS has 37% of board positions filled by women. Sound good? Not really. The majority, 77%, of the entire NHS workforce are women, compared with 46% women in the total of England’s working population. Set in this context, my analysis of how the NHS is doing on gender balance is that we are failing.

So why does it matter for the NHS? There is evidence that greater gender balance at the top improves financial and operational performance. I could also add that, in the wake of vacant hard-to-fill NHS chief executive and director posts, we are failing to tap into the vast talent pool available to us. But, for me, it matters for an even more important reason. I am referring to that notoriously difficult to measure and change issue – culture. In 2013 three seminal reports (Francis, Keogh, Berwick) described failings in (some) NHS organisations and each emphasised the need for NHS culture change. There is no easy or single way to change culture, but improving the gender balance of leaders is one of the levers yet to be exploited (a point also emphasised by Lord Davies in his report).

This is not about women being better than men or indeed the reverse. Rather, evidence has shown that women have different skills than men. While men are often found to be stronger at strategy, women are consistently strong on taking initiative, integrity, honesty, building relationships, collaboration and teamwork. The issue is better balance, not simply more women. I would be equally compelled to make the case for more men if there were any all women boards. My point is that when men and women work together in NHS teams and on boards, there is a more diverse range of ideas and perspectives, richer dialogue, less group think and better challenge. Moreover, balanced leadership teams better reflect the diversity of patients, staff and the wider public that the NHS serves.

The NHS has much to do to achieve an increase in women leaders. Key learning from FTSE companies includes encouraging and supporting the pipeline of women in the system as our potential leaders of tomorrow. They have shown that this can be achieved by supporting talented women to fulfill their potential on merit, rather than through the enforcement of quotas.

Over the past 12 months the NHS Confederation has been working in partnership with Dame Sally Davis, the chief medical officer, the Royal Colleges and others to raise the issue of gender balance and supporting women leaders across the NHS.

My hope for the future is that I can walk into a room of senior NHS leaders and for it not be unusual that I am a woman. I want the NHS to find a way of tapping into the deep pools of potential that exist within the women in its workforce, potential which goes way beyond the realms of making good coffee. The opportunity is waiting to be exploited. Together with patients, men and women leaders can collectively work to co-create a new culture in the NHS.

Emmeline Pankhurst would turn in her grave